Scientists from the University of Sydney have revealed a new faba bean variety referred to as FBA Ayla. They are introducing an improved faba bean for farmers in the Northern New South Wales and Southern Queensland region.

This new variety of faba bean has emerged as the second most vital grain legume after chickpea in the subtropical region of Australia. The university has been breeding faba bean varieties from its Plant Breeding Institute situated in Narrabri since 2010. This variety is highly suitable for human consumption. However, such developments take around ten years. The development of PBA Ayla was a bit complex as the combination was difficult, and while looking at its progeny, the variety was segregated into three to four generations.

The innovation of disease resistance and high-yielding varieties with improved seed quality is the major focus area of the breeding program at the institute.

This innovative and new variety of faba bean was discovered by Dr. Kedar Adhikari, Faculty of Science & leader in senior plant breeder at the Plant Breeding Institute, Narabari part of Sydney Institute of agriculture.

Mr. Adhikari mentioned that the farmer will definitely be benefited from growing this breed without compromising the seed and disease resistance quality.

The various highlights on the crop include-

Read Also:  Scientists, not insects, want the new name for the spongy moth to spread

The FBI Ayla is highly recommended as a substitute for PBA Nasma and PBA Warda.

A very limited quantity of seed will be given for commercial production for the year 2022 from seednet, the commercial seed partner.

Faba bean breeding is an innovative project in collaboration with the New South Wales Department of Primary Industry along with the University of Adelaide, which is highly supported by Grain Research and Development Corporation.

Previous Post: E-commerce Healthcare is Revolutionizing with New Marketing Trends
Next Post: Global Starch Recovery Systems Market is flourishing with the Increase in Potato Processing Plants Around the World 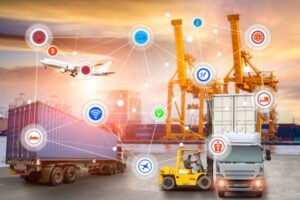