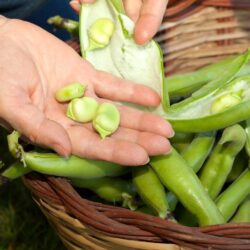 Scientists from the University of Sydney have revealed a new faba bean variety referred to as FBA Ayla. They are introducing an improved faba bean for farmers in the Northern New South Wales and Southern Queensland region. This new variety of faba bean has emerged as the second most vital grain legume after chickpea in the subtropical region of Australia. The university has been breeding faba bean varieties from its