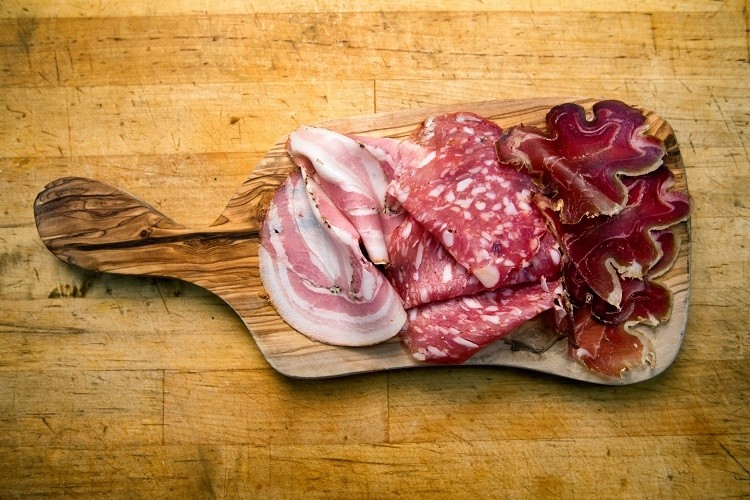 Salami and bacon, for example, are preserved using nitrite or nitrate salts so that they last longer after being cured and processed. In the body, nitrate can be broken down into more reactive nitrite. Once combined with ammonia, nitrite can generate carcinogenic nitrosamines. Methods now used to assess nitrite content in food aren’t always user-friendly, requiring specialised equipment and time-consuming manual effort.

An easy-to-use method for quantifying nitrite has been developed by researchers at the University of Burgos in Spain, led by José M. Garca and Sal Vallejos. Polymeric sensor (or “POLYSEN” for short) is a colorimetric polymer film developed by the team of scientists. The film was made by first bulk radical polymerizing four monomers in a molar ratio of 45:45:5:5, including N-vinylpyrrolidone (VP), methylmethacrylate (MMA), 4-aminostyrene (SNH2), and N-(3-hydroxyphenyl)methacrylamide (HPMA).

The film’s components reacted with nitrite in an azo coupling reaction after being applied on meat samples in the form of little discs for 15 minutes. After the discs were taken out, they were developed in a sodium hydroxide solution. The presence of nitrite causes the film’s characteristic yellow colour to deepen. The researchers developed a smartphone app to convert the colour shift into a nitrite concentration. Using a chart of reference discs captured in the same image as the sample disc, the programme automatically adjusts its own calibration.

The crew put the film through its paces using both homemade and commercially available nitrite-cured meats. The new method was shown to yield results comparable to a gold standard nitrite detection method. Scientists believe their method could give regular people a simple and low-cost way to check the nitrite content in their food.