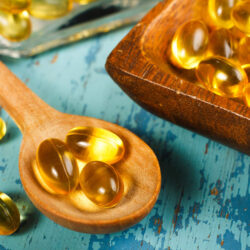 Fish oil is extracted mainly from oily fish species that are found either in seawater or freshwater. Fish oil is rich in long-chain omega-3 fatty acids, which consist DHA, omega-6, and EPA that are important for human and animals, both. Usually, fish oil can be bought in the form of liquid, capsules, and pills which are used in food ingredients and feeds in several animal and human dietary applications including