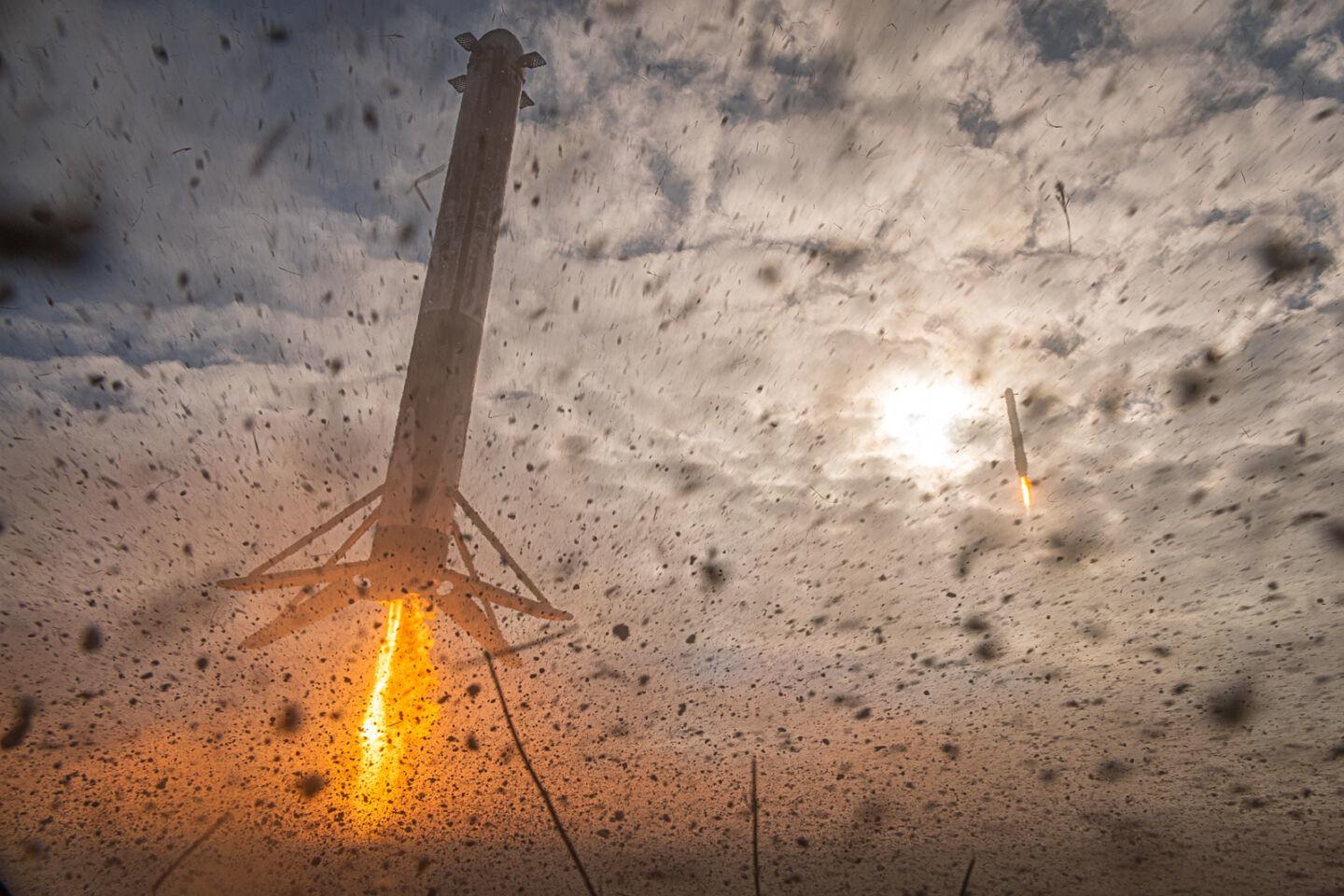 The United States Space Force had two satellites sent into geostationary orbit by a Falcon Heavy rocket that lifted off from Kennedy Space Center on Tuesday morning.

Even though this was Falcon Heavy’s fourth launch, it was the first time SpaceX let a small group of photographers put up remote cameras near to Landing Zone 2 at Cape Canaveral Space Force Station in Florida. Infrequently landing Falcon 9 rockets from Florida can be seen here on one of two concrete pads.

On Tuesday morning, two of the side boosters from the Falcon Heavy launch returned to their respective 86-meter-diameter landing platforms. These boosters powered down after detaching from the heavy rocket’s core stage. 8 minutes and 15 seconds after takeoff, the first one landed successfully. It was just five seconds later that the second one arrived.

Photographer Trevor Mahlmann of Ars was asked to record the moment of touchdown. Mahlmann’s photos (and video) do a remarkable job of catching the fire and fury of the rockets while a single engine burns to bring the rocket’s velocity to near zero, which is not captured in the official film of the launch and landing.

This means that the side boosters can be refurbished by SpaceX and used again on the upcoming military Falcon Heavy flight, USSF-67, which is scheduled for January of next year. The central core of the missile was lost and eventually fell into the Atlantic Ocean.

Repair and refuelling of satellites in space may soon be automated