James Webb Space Telescope and its collaborative NASA, ESA, and CSC teams have been working toward completing the six-month-long commissioning phase at Sun-Earth Lagrange point 2 since May. (L2). Now that the observatory’s mirrors have been perfectly aligned, Webb and its team are getting ready for the historic first image to be taken from their telescope.

First scientific study objectives for Webb’s operational phase have been disclosed as teams move toward commissioning, including two odd and interesting exoplanets with distinctive features.

When the James Webb Space Telescope launched in December 2021, it successfully deployed its mirror assembly and landed at L2. Before commencing its science mission, the spacecraft has undergone a series of checks and commissioning procedures.

First photographs from the Hubble Space Telescope’s next successor, Webb, will focus on brilliant stars once it is operational. In spite of Webb’s first photographs including data of interest to astronomers, the project’s objective is not to analyse or study the stars. To ensure that all of Webb’s optical systems are working well at L2, they will be utilised to verify that the observatory as a whole is operating normally.

The James Webb Space Telescope’s commissioning phase will be completed after all of the telescope’s optical and structural systems are working as expected. Many study objectives have been set up for the first few weeks of Webb’s operational phase, some of which may yield photos that have never been seen before from previous telescopes.

55 Cancri e and LHS 3844 b are two of the numerous exoplanets to be studied in the first few weeks of Webb’s operation.

Astronomers have discovered a super-Earth exoplanet in the constellation Cancer, approximately 41 light-years distant from its Sun-like parent star 55 Cancri A. Approximately twice the size of Earth, the exoplanet has a mass of 8.63 Earth masses. It was the first super-Earth to be discovered when it was discovered in August 2004.

Despite its close proximity to its parent star (55 Cancri A), the exoplanet is predicted to have oceans of lava on its dayside because to its extraordinarily heated surface temperatures. It takes the exoplanet just 18 hours to complete one cycle around its star.

Due to its closeness to 55 Cancri A, 55 Cancri E is also likely to be tidally locked. Because of this, it is predicted that the planet’s surface facing the sun would be hotter than the rest of it. In fact, evidence from NASA’s Spitzer Space Telescope shows that the exoplanet’s hottest zone is offset from this location. ‘ In addition, Spitzer data shows that the quantity of heat on the planet’s dayside changes.

What’s the reason behind this? Surely, the portion facing its parent star would be hotter than any other part of 55 Cancri e.

While discussing the 3:2 resonance idea, Alexis Brandeker of Stockholm University said, “That might explain why the heated section of the globe is moved.”. “The surface would need time to warm up, much like on Earth. Not at 12 o’clock in the afternoon would be the warmest part of the day.

As a result of the 3:2 resonance scenario, the surface of 55 Cancri e would melt, evaporate, and become part of the atmosphere of the exoplanet. It is possible that when the vapour cools in the evening, it could condense into lava droplets, which will then shower on the exoplanet.

Webb teams will employ the observatory’s Near-Infrared Camera (NIRCam) and Mid-Infrared Instrument (MIRI) in a variety of techniques to investigate 55 Cancri e’s heat distribution. Teams will utilise NIRCam and MIRI to observe the thermal emission spectrum on the dayside while testing the first theory with a thick atmosphere. When it comes to testing the second possibility, researchers will utilise NIRCam to detect and quantify heat emitted from the dayside throughout four orbits, so they may measure each side twice in the event the exoplanet genuinely has a 3:2 resonance. In this way, the hemispheres of the planet may be studied to see whether any differences exist.

“55 Oxygen or nitrogen might be the dominant gas in the dense atmosphere of Cancri e. According to Renyu Hu of NASA’s Jet Propulsion Laboratory, “Webb has the sensitivity and wavelength range to detect and determine what it is made from,” when it comes to atmosphere.

An further study target for Webb is LHS 3844 b, an extremely hot super-Earth exoplanet that orbits its parent star. LHS 3488 b, like 55 Cancri e, is 49 light-years distant and circles the red dwarf LHS 3488, completing one orbit in just 11 hours.

Observing LHS 3488 b with telescopes is possible since there is no atmosphere to obstruct the telescope’s view. The exoplanet’s surface can be studied using spectroscopy, notwithstanding Webb’s inability to photograph it.

MIRI will be used by scientists lead by Laura Kriedberg of the Max Planck Institute for Astronomy to detect and characterise the thermal emission spectra of LHS 3488 b’s dayside. In order to assess the exoplanet’s surface composition, the scientists will compare the emission spectrum with the spectra of rocks like basalt and granite.

As it turns out, there are distinct spectra for different kinds of rock. Granite is paler in colour than basalt, as may be seen with the naked eye. “Rocks emit infrared light that differs in a similar way,” explains Kreidberg.

Scientists predict that “these (the extraterrestrial worlds) will provide us great new insights on Earth-like planets in general, helping us discover how the early Earth may have been when it was hot as these planets are today.””

It is part of the observatory’s Cycle 1 General Observer programme for Webb to observe LHS 3488 b and 55 Cancrie e. The General Observers programme allows scientists to send Webb their study targets so he can keep an eye on them. Scientists on the Hubble telescope use the same method to schedule their time. 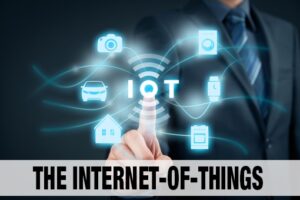 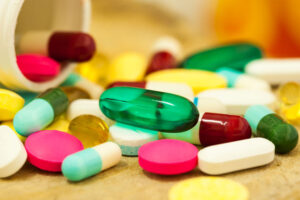 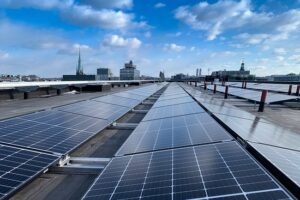