In recent years, the car industry has seen a major shift toward lighter vehicles in order to enhance fuel economy. Natural gas, crude oil, coal, cellulose, and salt are among the primary raw ingredients used in the creation of plastics.

Additives and fibreglass are used to enhance the mechanical qualities and stability of automotive plastics. The economics of oil in the Middle East area are expected to stimulate demand for natural gas. The expansion of end-use industries in Middle Eastern nations like Saudi Arabia and the United Arab Emirates (UAE) is projected to generate demand for new capacity increases. Low petrochemical feedstock prices are projected to have a positive impact on nations in the Middle East in the near future.

In an oil refinery, these raw materials and feedstock are subjected to a distillation process that includes several procedures, such as the separation of heavy crude oil into lighter groups, often known as fractions. Hydrocarbon chains connected together form the final product, which is composed completely of chemical constituents like hydrogen and carbon.

Structure and size of raw material molecule might affect the final outcome. Polycondensation and polymerization are two of the most common techniques used to produce them, and each requires a specialised catalyst. In the polymerization process, monomers like ethylene and propylene are joined to produce a lengthy polymer chain.

Plasticization, melting, conveying, homogenization, mixing, blend, devolatization, dispersion, cooling/heating, and pressing are all phases in the manufacturing process that must be completed in order to produce a homogenous compound from a variety of raw components. Extrusion, moulding, compounding, laminating, and welding are a some of the procedures that may be used to make them. 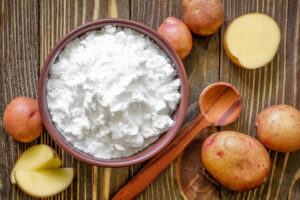